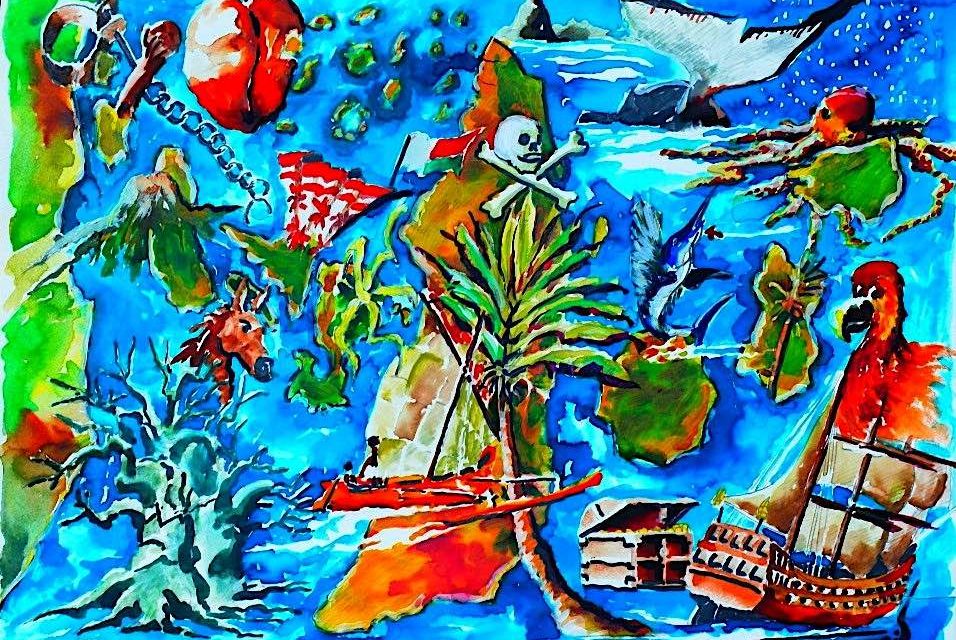 A beautiful artistic creation resulting from a misunderstanding …

When I asked my friend Gil Renaud, “the painter of Mayotte” to think of an illustration on the archipelagos of the Indian Ocean, I had in mind a series of drawings of islands on the same scale. On the same line which could be the 20th parallel of South latitude, the Big Island would adjoin its sisters of the Indian Ocean on the same fictitious space not exceeding 19° South. The idea was to illustrate a section of the site whose birth you are, dear readers, savoring…

But webinars and other video conferences not in fashion here, whatever the GAFA and other blunderers think, the distortion of information has suddenly led us to a series of crob’arts, poorly drawn drafts of for my part, scanned and sent to the artist who first coloured them before decorating them with illustrations very specific to each island of our archipelagos. If the result was far from what I hoped to illustrate in a simple and unobtrusive way my serious economic sections, it was immediately successful on the Mayotte side since the artist had placed it casually on a table before sending it to me by mail. This anecdote taking place at the time of an exhibition sale at the Atelier l’Arabesque, the creation was quickly spotted by the curious : “I sold the original the evening of my opening (in fact I could have even been able to sell 3 or 4 times …) so you will have to manage to use the JPEG file with a graphic designer … ” Gil told me the day after this opening and after having fortunately sent me a final proof via the Web.

Here are the different phases of the development of this “Indianocéanie seen by Gil Renaud”, until the test “cleaned with gum and a few times in acrylic …” says the artist. 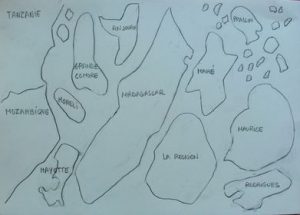 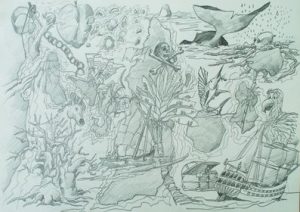 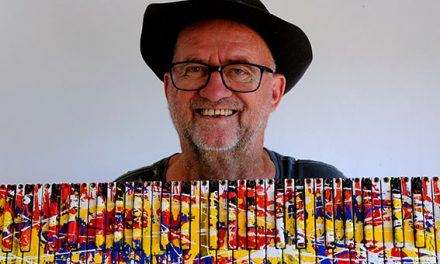