…it is a condition of survival for the population!

She gives us her analysis following this Congress.

Le Journal des Archipels: How to combine life or survival with environmental protection in a country like Madagascar where emergencies are almost daily and nature is a free source of resources?

Romy Voos: This type of conference is an opportunity to remind people that all living beings that make up biodiversity are all housed under the same roof. That this house that we share has resources with a real finitude that we must be aware of. Finally, that the populations most vulnerable to the impacts of climate change, for which we are responsible, are also the populations least equipped to deal with the consequences. It is therefore a moment of collective awareness where each country, each stakeholder, each human being faces the consequences of its own actions and behaviours, to then reflect on real sustainable and equally collective solutions. The damage caused to biodiversity in Madagascar today is both flagrant and liberticidal: the Kere* is an example. We have been dragging this ball and chain for over a century and no solution has ever been able to eradicate it. It is now blowing up in our faces because global warming has accelerated the drying up of the soil, has significantly disrupted rainfall and has thus reduced the hopes of harvesting. Madagascar is therefore no longer safe, and we were never safe, but the strength of social networks and no doubt the MEDD’s more open commitment are putting a rather violent reality before our eyes. We can no longer ignore it. And reversing this trend in biodiversity requires courageous life choices, both collective and individual, but also real political and social leadership. Of course, life alternatives exist: this is precisely the role of large cross-cutting projects such as REDD+** or the Green Climate Fund. REDD+, for example, includes initiatives aimed at effectively curbing the dynamics of deforestation and/or forest degradation in a given, delimited area in order to value measured, controlled and validated CO2 emissions avoidance on the carbon markets or through payments via a dedicated fund.

JDA: What are the solutions for combining economic development, anthropological barriers and biodiversity conservation?

RV: There are undoubtedly three levels of commitment to enable the situation to be turned around, which is essential for the reconstruction of biodiversity in Madagascar. I would like to take this opportunity to remind you that our country has 80% of endemic animal and plant species, i.e. 5% of the world’s endemic species! This is a real treasure that each of us, as citizens and patriots, has the responsibility to preserve and protect.
I would also like to remind you that the preservation of this biodiversity is not a luxury for intellectuals: it is a condition of survival for the population! Biodiversity is our source of life, along with the quality of the air we breathe, the quality of the water we drink and the diversity of the food we eat.
To give a concrete example and give a straightforward answer to this question, we need only analyse the life cycle of fishermen. By not respecting both the dates of fishing closures (which aim to allow the reproduction of species and thus maintain stocks), and the intensive and permissive fishing practices of industrial players on our coasts, we are now faced with a severe depletion of resources. The results: the seabed is being destroyed, the survival of species is threatened every day, and some species have even disappeared in silence and total inaction! And at the end of this chain, the main victim remains the Malagasy fisherman who can no longer feed himself or his family, let alone maintain his source of income.

“A hungry belly has no ears”.

Solutions exist for these fishermen: several projects have been set up by Blue Venture, for example, or by local initiatives of the fishermen’s women’s association in Majunga. It is a question of combining the creation of new income-generating activities with techniques for rehabilitating marine biodiversity (coral planting programme, etc.), but above all, social and anti-habitat support for the populations in order to raise their awareness, make them understand and involve them in new ways of life. We cannot impose life changes that have been going on for decades if we do not allow the beneficiaries to understand and appropriate the problems. And remember: a hungry stomach has no ears…
So we must first ensure that income and food alternatives are proposed in a pragmatic and sustainable manner while at the same time moving forward on urgent solutions to preserve biodiversity. And it is this two-speed challenge that is difficult, but vital, and which, once again, must involve political leadership at all levels, from the highest to the fokontany (neighbourhood)!

*Kere: a climatic event of chronic droughts that seems to be getting worse in recent decades.

*REDD (Reducing Emissions from Deforestation and Forest Degradation) is a mechanism created at the UNFCCC Conference of the Parties to provide economic incentives for large tropical forest countries to avoid deforestation and forest degradation.

*France is one of the founding countries of the International Union for Conservation of Nature (IUCN). The Union was founded in 1948 in Fontainebleau, as it was in its forest that the world’s first protected area was created. Since then, IUCN has grown to become the world’s largest and most diverse environmental network, with 1,300 member organisations and 15,000 experts in 160 countries.

Romy Voos Andrianarisoa holds a Master of Business Administration (MBA) in Sustainable Development (CSR & Sustainability/UK), a Master in International Trade (France), a Diploma from the Grandes Ecoles of Commerce in Marketing and Communication (France) and a Master of Art in Diplomacy from the Centre for Diplomatic and Strategic Studies (CEDS). Currently President of the Sustainable Development and Business Ethics Commission of the GEM (Groupement des Entreprises de Madagascar), she has worked in the oil sector in recent years (CSR Manager for Madagascar Oil, Country Manager for BP Madagascar and then for the CNOOC (China National Offshore Oil Corporation) which has just taken over the exploration of BP’s blocks in the Mozambique Channel. 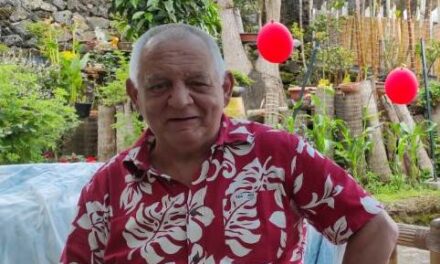 Romy Voos: “Why should women be left out of the climate issue?” 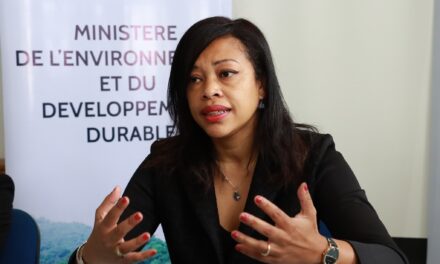 Deforestation in Madagascar: how to reforest 75,000 hectares per year?