Fishing, one of the oldest human activities, can be a source of harmonious development when it is practiced with respect to ecosystems and populations. The Pêche Avenir group presents a new freezer longliner that is part of this dynamic.

The “Manohal”, left the dock of the port of Pointe des Galets (Reunion Island), heading for the TAAF to fish swordfish and other pelagic species. This is the second freezer longliner of this type chartered by the Reunionese company Pêche Avenir, which thus confirms its ambition to develop its own local frozen pelagic fish industry. After a month and a half spent at sea, the Manohal’s hold should contain some 40 tons of fish when it returns to the Port in early November. “Mainly swordfish, but also other pelagic fish (tuna, marlin, sea bream, sailfish, spearfish, etc.) fished with longlines off the Eparses Islands, which, let’s remember, are part of the TAAF: the French Southern and Antarctic Lands,” announced Captain Dan Frigout and his first officer Patrick Collet. The particularity of this fish is that, as soon as it is caught, it is frozen and stored at -35° directly on the Manohal. “For more than three months, some 15 Spanish and Reunionese workers (from the Piriou company) worked in succession to refit this vessel, which was previously dedicated to fresh fishing,” says Laurent Virapoullé, the general manager of Pêche Avenir. More than 1.2 million euros were invested to finance the renovation of this former “Chinese boat”, one of the six vessels that Pêche Avenir acquired in 2014 following a series of dramatic bankruptcies that had, at the time, made the headlines in the local press.

Processing and marketing by the end of 2022

In 2017, a first of these boats, the Clipperton had already been put back in the water with an equivalent vocation. “The experience acquired on the Clipperton allows us to envisage around 200 tons of fish per year with the Manohal. This will allow us to supply the Reunionese market with even more frozen pelagic fish. Our ultimate goal is to substitute local fishing for part of the imports from South-East Asia for an almost identical cost… and a much higher quality”, says Laurent Virapoullé with satisfaction. The latter explains that he has used the profits made in toothfish fishing for almost twenty years to invest in the modernization of these longliners. But his ambition does not stop at fishing alone: “Thanks to our three boats (two pelagic, one toothfish), we will soon reach 1,000 tons of fish per year. This is the critical size to invest in our processing workshop in the Port. In this way, we will be able to supply the island’s supermarkets directly… and our own store on the quay! This is not the case at present: the fish landed is currently cut up and packaged by an intermediary, before being distributed under the “Pêché pour vous” brand, created last year. This final phase of processing and marketing, which will mark the culmination of the overall project developed by Pêche Avenir, should be completed by the end of 2022. About Pêche Avenir The Reunionese fishing group Pêche Avenir was created in 2002, under the impetus of its current managing director, Laurent Virapoullé. For about 15 years, the crews of the Saint-André focused on toothfish fishing. In 2017, a diversification project was initiated with the commissioning of the first pelagic freezer longliner, the Clipperton. Now, with the reinforcement of the Manohal, Pêche Avenir deploys a fleet of 3 vessels and has a total of nearly 75 employees, more than half of whom were trained at the Maritime Training School of Reunion. The group is also a shareholder (34%) in the local subsidiary of Piriou, a ship repair company. 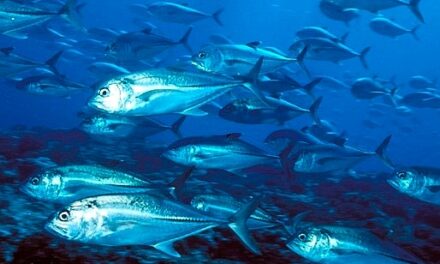 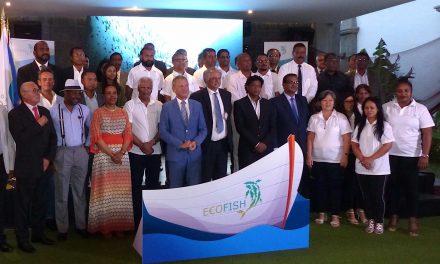